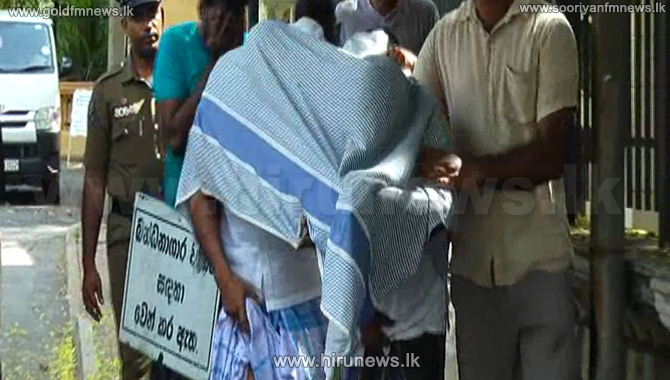 The 6 persons who were arrested for the theft of the Golden Peacock Medal and a mobile phone from the house of late Dr. Lester James Peries have been remanded until 21st of this month.

They were produced before Colombo Additional Magistrate Daminda Weligodapitiya.

The Magistrate also ordered to have an identification parade to identify 2 of the suspects.

Earlier, police arrested the suspects connected to the theft after analysing the video footage.

Five of them are accused of keeping the stolen goods while another was accused of stealing them.

Police said that the suspects had arrived at the residence of late Dr. Peries in a bus and a three-wheeler.

Addressing a media conference in Colombo this morning, Police Media spokesperson SP, Ruwan Gunasekera said the medal had been stolen from his residence, whilst on display next to the mortal remains of late Dr Peries.

Bambalapitiya police launched the probe after the missing medal was found abandoned on a passenger bus plying from Colpetty to Kaduwela.

Police have tracked the suspects using the registration number of the three-wheeler.

Accordingly, police arrested the father of the female owner of the three-wheeler along with 3 others.

They were aged 47 and 65, residents of Gampola.

They have sold the stolen mobile phone for Rs. 4,000 to a repair shop in Navalapitiya.

The officers of the Bambalapitiya Police this morning arrested the owner of that shop too.

The Police spokesperson went on to say that the suspects were found to be part of an organized group that is known for stealing property from celebrities and such funeral houses in Colombo and its suburbs.