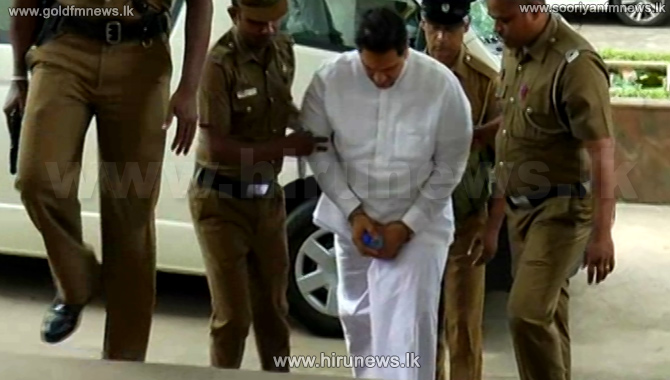 Two President Counsels proved before the Supreme Court today (May 08) that the verdict given by the Colombo High Court against former MP Duminda Silva is illegitimate.

The Appeal by former MP Duminda Silva requesting the Court to acquit him was first taken for consideration before a bench of 5 Supreme Court Judges chaired by Chief Justice Priyasath Dep on March 27th.

Making submissions for the Appellant, President Counsel, and Anil de Silva who pointed out the faults of the High Court verdict said that it was schemed to convict former MP Duminda Silva.

He said that the verdict has been given by the Judge solely based on the statements made by the State Counsels. The Judge has not scrutinized whether the evidence was proved beyond reasonable doubt.

The President Counsel pointed out before the Supreme Court that Duminda Silva was accused of using firearms but no evidence was given during the trial to prove such charges.

He further stated that irrelevant evidence was given with regard to other charges as well. He said that 62 contradictions and shortcomings were marked during the trial.

Thus, President Counsel Anuja Premarathna proved before the bench of five Supreme Court Judges that the verdict which convicted former MP Duminda Silva is neither an actual nor an authentic verdict.

The Appeal will be called again for further trial on this Thursday.