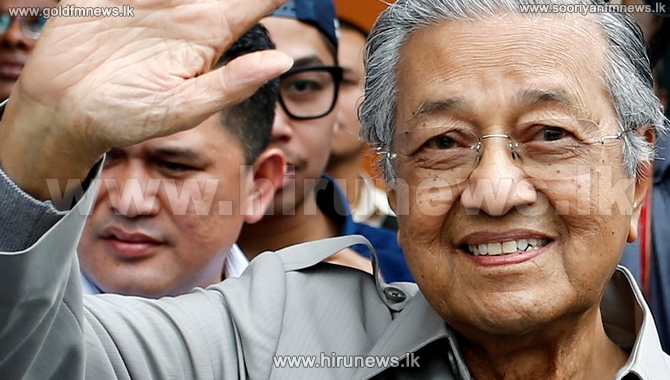 At the age of 92, Mahathir defeated the Barisan Nasional coalition, which has been in power 60 years.

He had come out of retirement to take on his former protege Najib Razak, who has been beset by allegations of corruption and cronyism.

Mahathir told reporters: "We are not seeking revenge, we want to restore the rule of law".

The election commission said Mahathir's opposition alliance had won 115 seats, over the threshold of 112 seats needed to form a government.