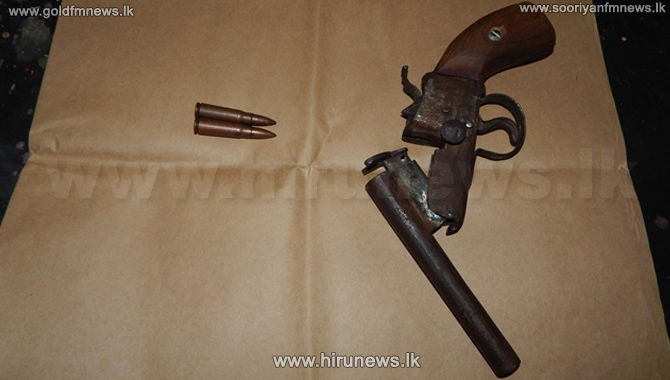 Police have arrested a man along with a locally made gun while he was venturing out of his home to commit a murder.

The arrest was made today (May 13) in the Suriyawewa area.

Police found the gun along with 2 ammunition in the possession of the suspect.

The suspect had confessed that he had brought the gun to commit a murder.

The suspect, a resident of Suriyawewa was aged 42 and he will be produced before Hambantota court tomorrow.