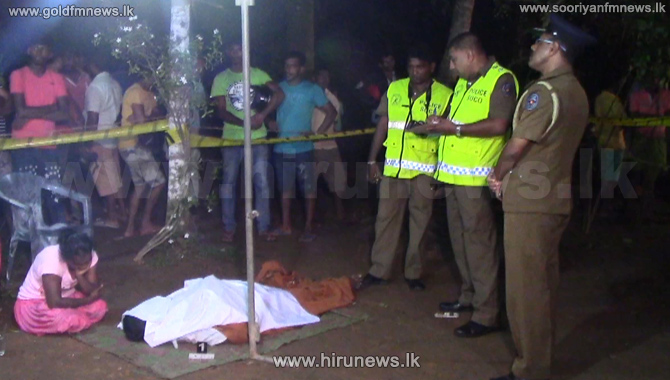 A person was killed when a firearm of a policeman accidentally went off at a gambling site in Kaluvala at Uuragas Junction.

It was reported that following a tip-off, Uuragas Junction Police had raided the gambling spot at around 9.50 last night.

Reports say that at that time more than 100 persons were at the gambling site.

Then a clash broke out between police and the civilians who were at the site.

During the melee, one of the firearms carried by the policemen had accidentally gone off, killing one person.

The victim was a 54-year-old resident of Ruwanpura Road, in Karandeniya.

Police said that in this incident five police officers had sustained injuries.