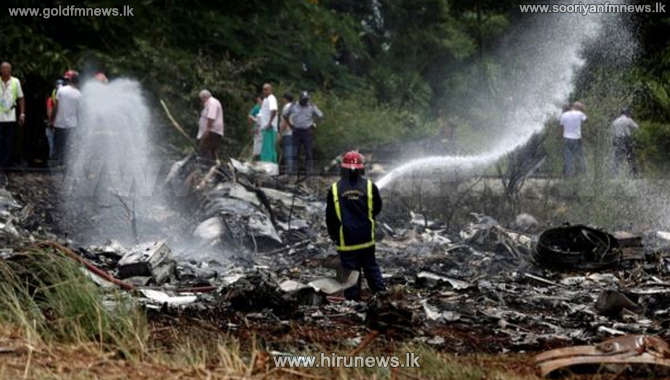 More than 100 people have died after a Boeing 737 airliner crashed near Jose Marti International Airport in Havana, Cuban state media say.
Three people have survived but are in a critical condition, Cuban Communist Party newspaper Granma reported.
The Boeing 737-201 crashed at 12;08 (16:08 GMT) on Friday, on an internal flight to Holguin.
The plane was carrying 110 passengers and crew, according to the Mexican firm from which the plane was leased.
There were six Mexican crew members on board; the passengers were mainly Cuban, with five foreigners among them, state-run website Cubadebate reports.
State TV said the airplane was on an internal flight from the Cuban capital to the city of Holguin, in the east of the island.
The plane had been leased to state airline Cubana de Aviación by the Mexican company Aerolineas Damojh.
The Mexican authorities said the plane was built in 1979 and had been successfully inspected last November.
Aerolineas Damojh, also known as Global Air, has three planes in operation.
Boeing said that it was ready to send a technical team to Cuba, "as permitted under US law and at the direction of the US National Transportation Safety Board and Cuban authorities". A US trade embargo has been in force against Cuba for many decades.