Appointment of members to the Working Committee postponed 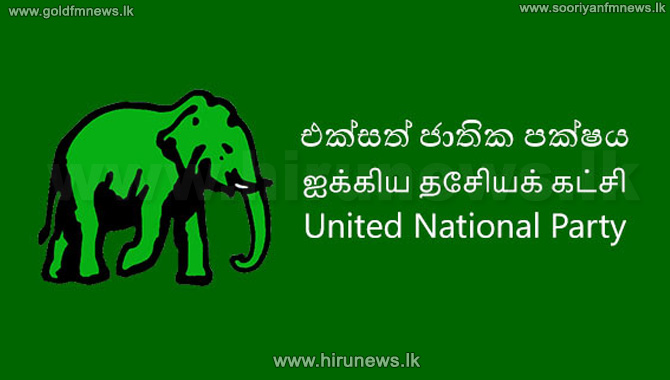 UNP leader Ranil Wickremesinghe is due to appoint new members to the party's working committee in the next two weeks.

Senior leaders of the UNP held several rounds of discussions on the leadership crisis in the UNP during the past few days.

However, it was not possible to reach a final agreement regarding the party leadership other than to discuss the proposals.

The most significant of these meetings was the meeting between UNP leader Ranil Wickremesinghe and Speaker Karu Jayasuriya.

Ranil Wickremesinghe has stated that he would inform his stance on the leadership of the party within 48 hours. However, an official position has not been communicated still.

It was in this backdrop that Opposition Leader Sajith Premadasa summoned his party's electoral organizers and local government representatives separately to Colombo yesterday. Meanwhile, the Tamil Progressive Alliance (TP) has postponed the discussion scheduled this afternoon to decide on contesting separately.

Earlier it was stated that the political council meeting would be held today in Nuwara Eliya and a final decision would be made.

However, Leader of the Alliance MP Mano Ganeshan said that the discussion had been postponed for a few days since the General Secretary of the alliance is currently overseas.