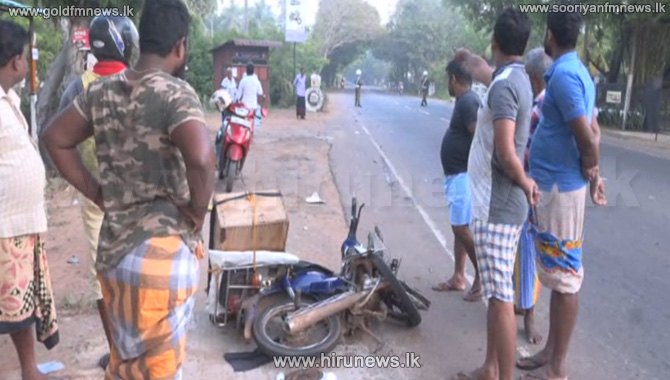 A motorcyclist was killed on the spot after colliding with a van at Pambala area in Kakkapalliya on the Chilaw - Colombo main road.

Our correspondent stated that the accident occurred at around 5.30 am today (28).

A 64-year-old resident of Gamuruwa, Madampe who was involved in selling fish has been killed in the accident.

He had met with this accident when he left home early this morning to purchase fish from the Chilaw Fish Market.

The driver of the van has been arrested and the Madampe Police are conducting further investigations into the accident.