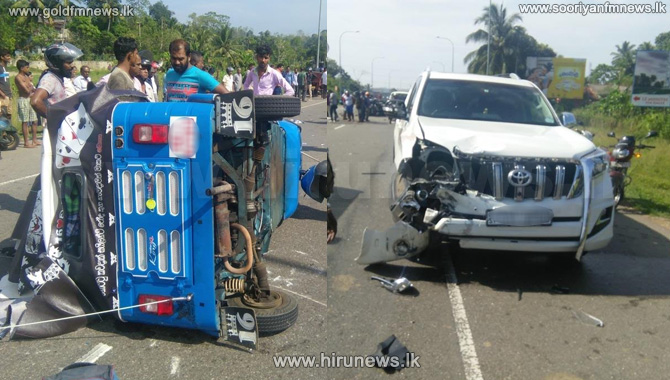 A luxury jeep and a three-wheeler collided head-on, at the access road to the Pinnaduwa Expressway this morning (28).

According to reports the driver of the three-wheeler has died on the spot.

The driver of the jeep has been arrested over the accident and the Akmeemana Police are conducting further investigations.