A revelation at the presidential commission regarding Madraasaa schools 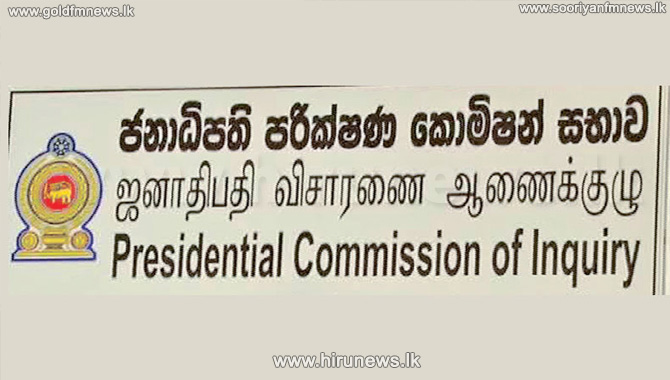 The all island muslim scholars organization co-secretary and member of All Ceylon Jamiyathul Ulama organization, Mohammed Thaasim Maulavi says that there is another muslim university similar to that of the Eastern University founded by former governor, M.L.A.M Hisbullah.

He stated this when he appeared before the presidents commission investigating the easter attacks.

Reports were previously published that former governor Asad Saley had stated that the two suspects connected to damaging the Buddha statues in Mawanella will be handed over to the police by Mohammed Thasim Maulavi.

Accordingly he was summoned to the presidents commission to question whether Arabic schools have been founded in the country by the Jamiyathul Ulama organization.

He noted that such Arabic schools have not been established and in establishing such schools, the ministry of muslim religious affairs have to obtain the permission from the Jamiyathul Ulama organization prior to establishment.

He was questioned as to how many such schools are there for which he responded with approximately 215.

The commission questioned as to the why a definitive answer was not possible for which, Mohammed Thasim Maulavi noted that as his statement is being recorded a definitive number cannot be given.