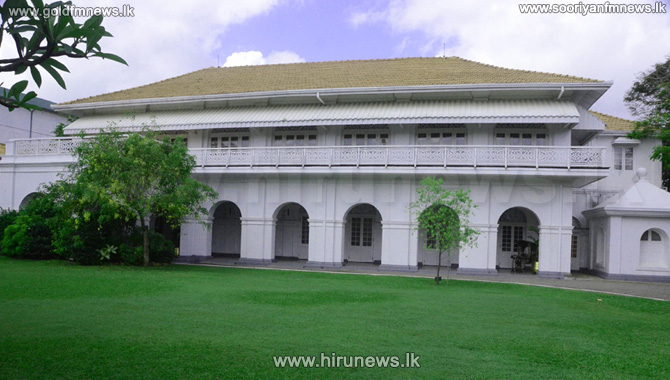 This was under the patronage of Prime Minister Mahinda Rajapaksa.

State Minister Vasudeva Nanayakkara told the news team that there was a lengthy discussion on the  parliamentary debate to be held on 18th and 19th of next month regarding the forensic audit report pertaining to the Central Bank bond issue.

In addition, the focus of the meeting was to convene the nomination committee for the upcoming parliamentary election for a discussion.

The Committee to Investigate Victims of Unjust Political Victimisation during the previous government is scheduled to meet next week and this matter has also been discussed at length.

Meanwhile, the Sri Lanka Freedom Party stated that they will contest the next general election under any symbol agreed by the party leaders.

General Secretary of the SLFP, State Minister Dayasiri Jayasekara stated this while addressing a media briefing convened at the party headquarters yesterday.