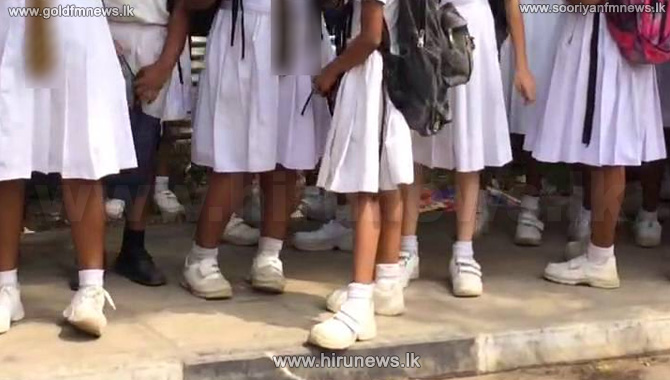 It is reported that school authorities in Kandy have refused to take a young girl to the hospital, while she was seriously ill with respiratory problems,.

A 13-year-old girl studying in a leading girls' school in Kandy had to face this situation.

She had got severely ill and had a sudden breathing difficulty at school.

It is reported that the school authorities have called the “Suwasiriya” ambulance to the school.

However, since no teacher was willing to accompany the child, there was a difficulty in taking her to the hospital.

It is reported that the girl was delayed from being hospitalized for nearly 15 minutes due to this problem.

In the meantime, the health authorities have pointed out that if there was a further delay, the condition of the girl would have been at a grave danger.