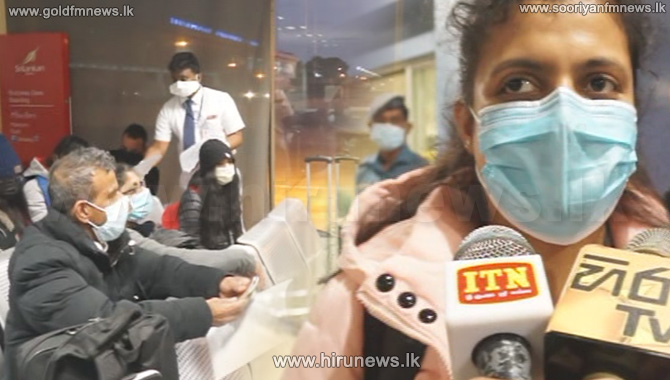 Twenty Five (25) Sri Lankans arrived to the Island on board the SriLankan Airlines’ flight  UL 881 at 5.10 am today.

According to a query from the Hiru news team, the airport medical officer stated that the airport doctors, who checked the health of the victims, have sent them to their homes because they are in good health.

Acting Sri Lankan Ambassador in China K.K. Yoganandan said that so far 380 students have returned to the island from China. He also said that another 484 students are scheduled to arrive in the island.

Meanwhile, according to the Airport Health Unit, 68 students who were studying in China arrived at the BIA airport via China Southern Airlines flight CZ 359 which arrived from Guangzhou at 6.20pm yesterday and Air China flight CA 425.