RUSSIA WORKING TOGETHER WITH CHINA ON AN ANTI-VIRUS VACCINE 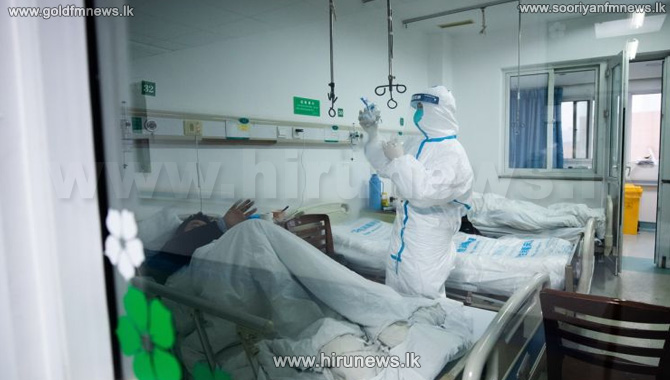 An expert from the Chinese National Health Commission states that it could take 10 more days for the Coronavirus outbreak to peak.

Meanwhile, the number of deaths from the virus has risen to 132 in China.

The number of cases of the new coronavirus has reached nearly 6,000 in China, surpassing the number of SARS cases in the country in the 2003 outbreak.

The number of cases grew by almost 1,500 from Tuesday, a more than 30% increase.

More than 50 million people have been locked down in and around Wuhan, the central industrial city where the outbreak first began, in a bid by authorities to stop an infection that has since spread to other cities in China and to other countries.

The United States and Japan evacuated their nationals from a quarantined city while British Airways suspended flights.

Meanwhile, Beijing’s pledge to slay the “devil” coronavirus has won the trust of the World Health Organization (WHO) but confirmation of another 1,459 cases - taking the total to 5,974 in China - only fuelled public alarm around the world.

In a major breakthrough in the global fight against the coronavirus, scientists in Australia have developed a lab-grown version of the disease.

Described as a "game changer" that will help scientists determine whether a future vaccine is effective, experts at Melbourne's Peter Doherty Institute for Infection and Immunity on Tuesday became the world's first scientific lab outside of China to copy the virus.

Russia and China are meanwhile, working to develop a coronavirus vaccine and Beijing has handed over the genome of the virus to Moscow, a Russian diplomatic mission in China said today.