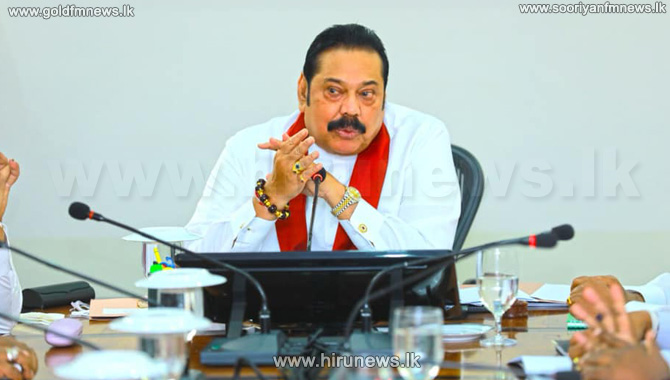 Prime Minister Mahinda Rajapaksa has instructed the institutions under the Ministry of Urban Development and Housing to seek the advice of local experts in the field of construction.

The PM stated this while participating at the progress review meeting of the Ministries, held at Battaramulla yesterday.

It has been revealed that during the last government regime, a large sum of money has been paid to contract foreign construction experts.

The Ministry of Urban Development and Housing announced that the Prime Minister had also instructed the Government Hospital to stop importing the required hospital beds from overseas and to provide the opportunity for the government factory in Kolonnawa to supply the beds.

UDA and Housing Authority officials have pointed out that even though billions of rupees have been spent as propaganda expenses over the last four and a half years, that the institutions have not benefited.