Coronavirus prevented from entering the country through the airport 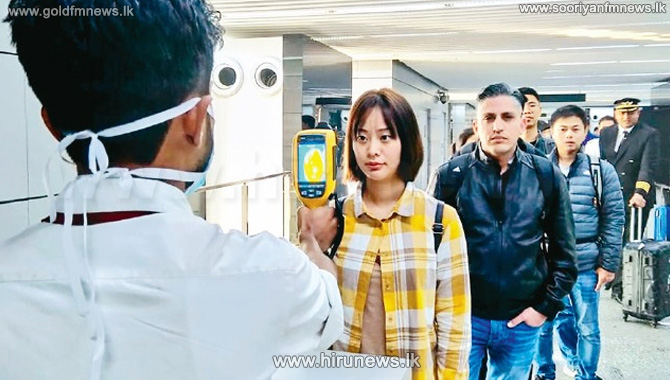 Retired Major General G.A. Chandrasiri, Chairman of Airport and Aviation Services, stated that the coronavirus virus has been prevented from reaching the island through the Katunayake airport.

Addressing a press conference held today he said that 4028 passengers have arrived in the island since the 26th of this month and 1936 of them were Chinese.

The Chairman said that they have been allocated a separate exit area and two scanners are being  used to check whether the Chinese nationals  have contracted the virus.

He added that four suspected cases were found in the last few days but it was later confirmed that they had not contracted the virus.

Meanwhile, India's first coronavirus infected patient has been found in the state of Kerala.

According to Indian media reports, he is from Kerala, studying at the Wuhan University.