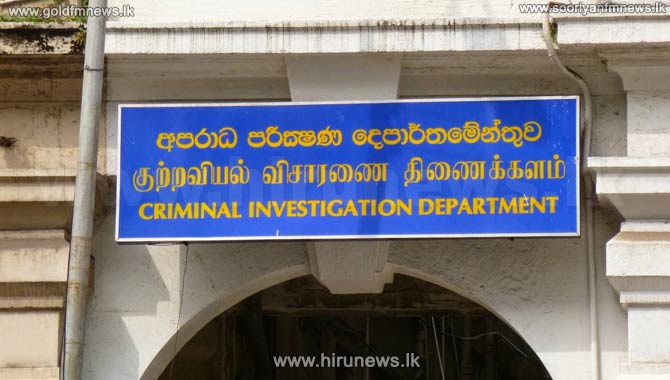 The Criminal Investigations Department (CID) has commenced an investigation into the incident where counterfeit notes have been printed at the UNP MP Ranjith Madduma Bandarage’s Moneragala office.

It is stated that the person arrested in connection with the incident has been brought to the CID.

The suspect who has retired from the National Water Supply and Drainage Board is currently serving in the Parliament staff.

Police said that the man was arrested when he arrived at a lottery stand at the Moneragala bus stand yesterday.

The shop owner had informed the police post at the bus stand that he was suspicious of the thousand rupee note he had given to buy the lottery.

At the time of his arrest, the suspect had two counterfeit currency notes of Rs. 500 and Rs.20 .

Subsequent interrogations revealed that he had printed these fake currency notes at the Moneragala office of MP Ranjith Madduma Bandara. Police said that during a search of the office, a machine that had printed counterfeit notes was seized.

The suspect is a resident of Inginiyagala.

The suspect was brought to the CID after the Moneragala police informed them of the incident.

On further inquiries, it was revealed that he had printed the fake currency notes when there was no one in the party office