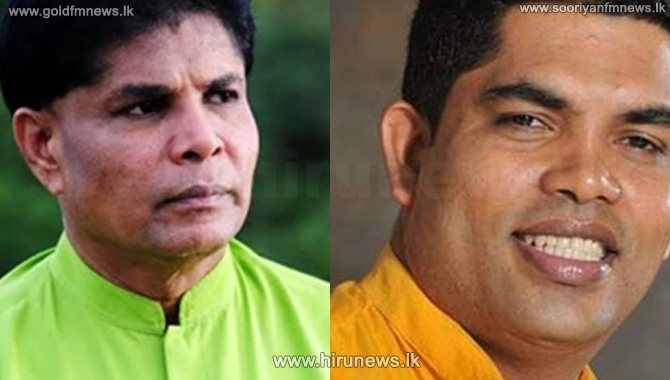 MP Wijeypala Hettiarachchi states that the Leader of the Opposition Sajith Premadasa has been given all the powers necessary to win the General Election by the Working Committee.

He made this statement participating at a press conference held at the party headquarters Sirikotha today.

Meanwhile UNP MP Nalin Bandara speaking at a media briefing held at the opposition leader's office stated that discussions are being held regarding the symbol of the new alliance that is being formed for the upcoming general election.

However, speaking at a press conference held at the SLFP headquarters today, MP Shantha Bandara expressed his views regarding the new alliance of the UNP.

The MP said that their presidential candidate had to face a similar alliance in the last presidential election.

However, their candidate secured a huge victory.

The new alliance which has been fragmented, will not be a challenge to the UPFA and its party at the next election as well.