Death toll from Wuhan Coronavirus rises to 259; 11,000 infected in China 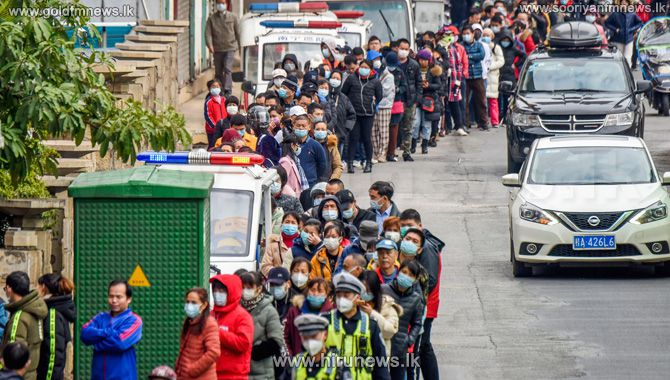 The number of confirmed deaths from China's coronavirus outbreak has risen to 259.

According to the National Health Commission the total number of those infected stands at 11,791 as of January 31st.

The virus is believed to have emerged in December in the provincial capital of Wuhan in a meat market that sold wild game.

The World Health Organization has declared the outbreak a global health emergency, but said it was not recommending any international trade or travel restrictions.

It has since ballooned into a global health emergency with cases in more than 20 countries.

Countries have scrambled to evacuate their nationals from Wuhan.

Meanwhile, the US has declared a public health emergency over the spread of the coronavirus and said it would deny entry to any foreign nationals who have visited China in the past two weeks.