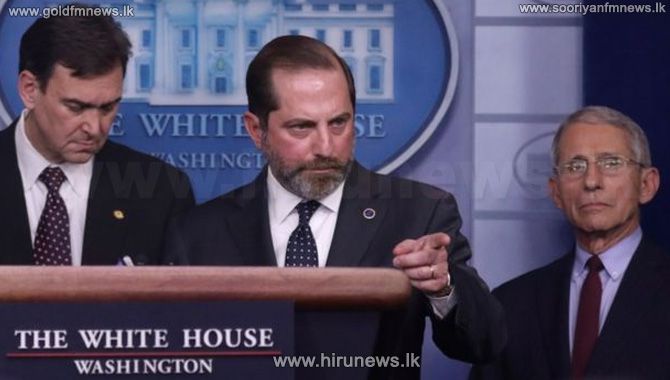 The number of confirmed deaths from China's coronavirus outbreak has risen to 259.

According to the National Health Commission the total number of those infected stands at 11,791 as of January 31st.

The US has declared a public health emergency over the spread of the coronavirus and said it would deny entry to any foreign nationals who have visited China in the past two weeks.

US citizens returning from Hubei province, where the outbreak started, will be quarantined for 14 days.

A specially-prepped Air India Boeing 747 brought back 324 Indians stranded in China's Wuhan, amid the coronavirus outbreak that has killed over 200 people.

The plane, which carried five doctors and an Air India paramedic, landed in the national capital this morning.

As infected passengers pose serious health risk to cabin crew, pilots and the fellow passengers, all the Indians would be thoroughly examined by medical practitioners. Another special flight to China is also scheduled from Delhi at 12:50 pm today with a different set of crew and the same doctors. "The rescue team is again headed by Captain Amitabh Singh, Director Operation, Air India,"  an Air India spokesperson was quoted as saying by news agency PTI.

Spain’s Health Ministry has confirmed the country's first case of coronavirus after a man was diagnosed on the remote island of La Gomera in the Canaries.

The ministry said that the patient is part of a group of five people taken into observation on the island and isolated on Thursday after it was found some of them had come into contact with a German man diagnosed with the virus.

The diagnosis from Spain's National Centre for Microbiology came shortly after a plane transporting a group of 27 EU nationals from the virus's epicenter in the Chinese city of Wuhan landed in Madrid.