Chinese Government allocated 173 Billion Dollars to combat Coronavirus 71 admitted to the IDH Hospital within a week, over suspicions they have contracted the virus 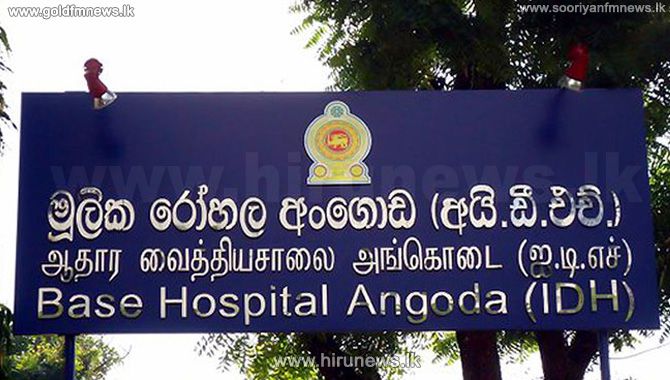 The Health Ministry has stated that within the past week 71 individuals have been admitted to the Infectious Diseases Hospital over suspicions that they may have contracted the Coronavirus.


Meanwhile the Chinese national that was admitted to IDH after contracted the coronavirus has recovered fully.

Speaking to our news team a leading researcher has told HIRU News that she will be able to get discharged tomorrow.

Meanwhile The 33 Sri Lankans who were brought back to the island from Wuhan – China, are subjected to medical examinations twice a day.

They are been held at the quarantine centre at the Diyathawala Army Camp.

Meanwhile, Director of the Epidemiology Unit Specialist Doctor Sudath Samaraweera said that 18 persons who are suspected to have had contracted the virus are been subjected to tests and receiving treatment.

Meanwhile, 141 more Sri Lankans who were in China have arrived in the island since yesterday.

They have been released upon a medical examination.

A man has died of the coronavirus in the Philippines, the first confirmed fatality outside China.

The patient was a 44-year-old Chinese man from Wuhan, in Hubei province, where the virus was first detected.

Meanwhile China's army was given control of a nearly-finished field hospital that will treat patients at the epicentre of a deadly virus epidemic that has severely strained medical facilities.

Some 1,400 military medics will treat patients at the 1,000-bed hospital, dubbed "Fire God Mountain", which will receive its first patients on Monday - just 10 days after construction began, according to state media.

In addition to this Indonesia has joined a host of other countries in temporarily stopping flights to and from mainland China starting Wednesday and bar visitors who have been in China for 14 days from entering or transiting in the country.