Special Traffic Plan of the Commemoration of Independence, today as well 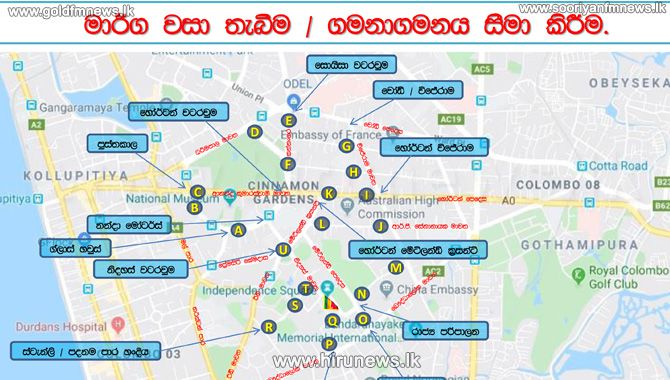 Police Headquarters said that several roads in Colombo will remain closed today (03) from 7 am to 12 noon as a result of rehearsals being held for the 72nd commemoration of independence.

In addition, Foundation Road and up to Wijerama Road – Horton Roundabout will also remain closed according to the Police Media Division.

This time’s commemoration of independence is being held centred on Independence Square and a group of 7267 personnel from the tri-forces and police will join in the marches.

The Ministry of Public Administration and Home Affairs, Provincial Councils and Local Government said that all required infrastructure facilities to hold the national commemoration of independence successfully have been put in place already.

Meanwhile in conjunction with the National Independence Day tomorrow (04) the government has informed both private and public institutions to fly the national flag for a period of one week.

In addition, the Ministry of Public Administration and Home Affairs stated that a tree planting programme has also been organized in conjunction with the commemoration of independence.