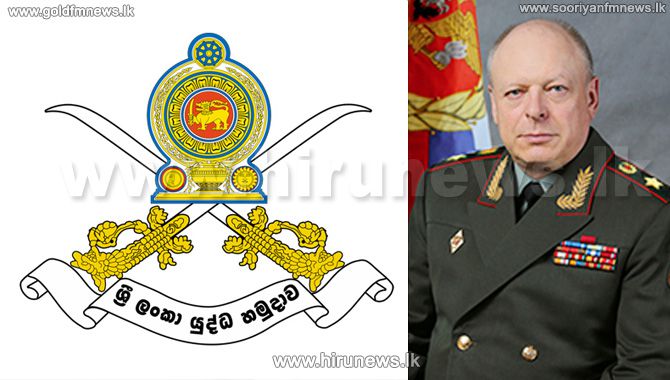 The Commander-in-Chief of the Russian Republic Land Forces Oleg Salyukov arrived in the island today on a 5 day visit.

He and his delegation arrived in this country from Dubai on Emirates Airways Aircraft EK 654 at about 8.55 this morning, our Hiru Correspondent at the Airport reported.