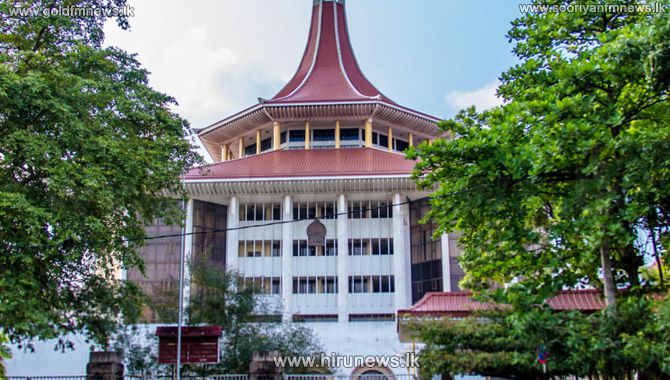 The Supreme Court granted permission today to name personally the former President Maithripala Sirisena as a respondent in the fundamental rights petition submitted by IGP Pujith Jayasundera requesting that the decision made to send him on compulsory leave was against the Constitution.

That was by allowing a request made by the lawyer of the petitioning party. This petition was taken up for hearing in the presence of a three-judge bench including Chief Justice Jayantha Jayasuriya, S. Thurairajah and Gamini Amerasekera.

The three-judge bench which took into consideration the facts presented by the petitioning party and lawyer postponed the hearing of the relevant petition until 26 May.

The petitioning party Pujith Jayasundera in his petition had stated that subsequent to the series of terrorist bomb explosions on Easter Sunday, the then President Maithripala Sirisena, in violation of the Constitution had taken steps to send him on compulsory leave.

Pujith Jayasundera has pointed out further that the former President did not have any authority constitutionally whatsoever to do such a thing.

Meanwhile, the 28 suspects taken into custody in connection with vandalizing Buddha Statues in and around Mawanella were remanded once again until 17 February.

This was subsequent to the suspects being produced before Magistrate of Mawanella Upul Rajakaruna, today.