The 33 students who arrived from Wuhan are in good health 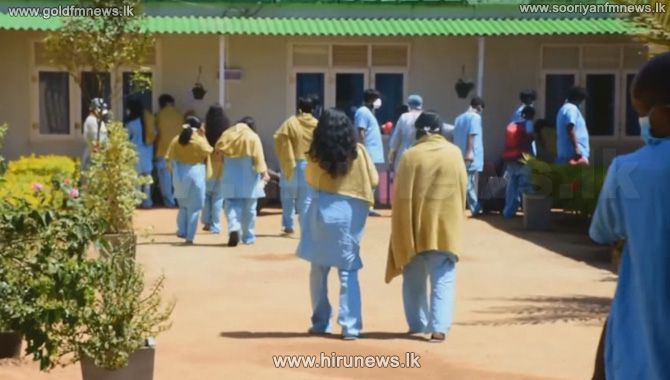 Superintendent of the Hospital Dr. Hasitha Attanayake said that a decision will be made regarding releasing from the hospital, the woman Chinese National under treatment at present at the Infectious Diseases Hospital subsequent to having contracted the Corona Virus, once reports of a few other tests are received.

It was said earlier that she could leave the hospital today.

The Government Ayurvedic Medical Officers’ Association held a media briefing at the Borella Ayurveda Teaching Hospital today. At this briefing its President Nimal Karunasiri said that there are treatments in the science of the indigenous medicine system to control the Corona virus.

Meanwhile during the period from last night, to this morning three aircraft belonging to three Chinese Aviation Services brought 61 persons to this country.

Fifty of them were Chinese Nationals while 11 were Sri Lankans.

Anyhow our Airport Hiru Correspondent said that there are less Chinese arrivals apparent at the Katunayake Airport.