Power cuts without prior notice in several areas 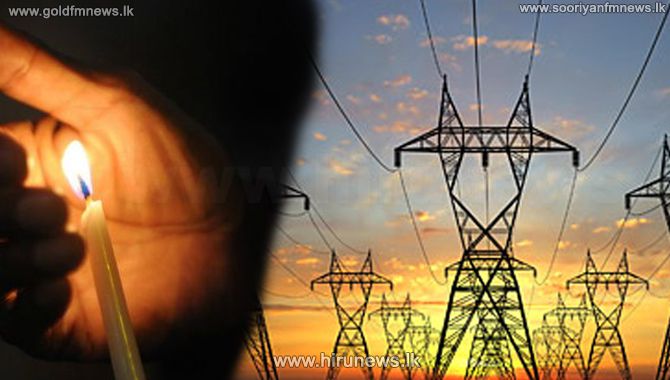 The Electricity Engineers Union said that they had to interrupt power supplies all of a sudden in certain areas of the island this morning.

The President of the Union Anuruddha Tilakaratne said that they had to disconnect power thus due to the Petroleum Corporation all of a sudden suspending supplies of fuel.

It is said that the reason for suspending power supply in this manner was due to the Electricity Board not paying for the fuel being supplied for the production of electricity.

The demand for electricity has risen due to the prevailing dry weather and as a result electricity is being produced mostly by the thermal power stations.

Meanwhile, it is compulsory to obtain approval from the Public Utilities Commission of Sri Lanka prior to imposing power cuts.

However, a top official of the Commission told our news team today, the CEB did not obtain any permission prior to interrupting power supplies.

Accordingly, the PUCSL has taken steps to send a letter this evening to the CEB.