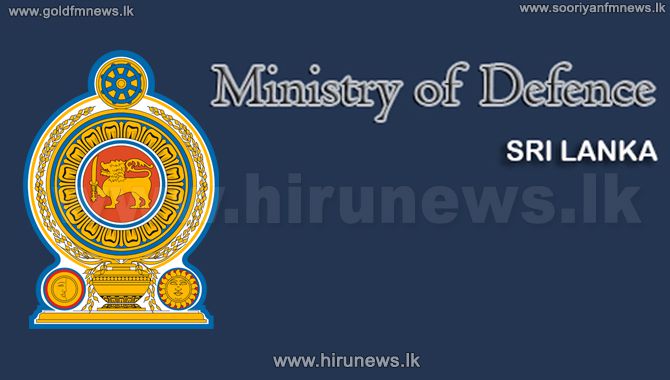 A one week period of amnesty has been declared from today to enable members of the Tri-Forces who do not report for service to either quit legally or report back for work.

The Ministry of Defence said the amnesty will be in operation until 12 of this month.

Accordingly, this period of amnesty will be valid for members of the Tri-Forces who left services prior to 30 September last year.

The Ministry of Defence also declared that the relief period to hand over unauthorized firearms being used without a license or have in someone’s possession, to the government also commences today.

This will also be in effect until 12 of this month and if there are guns sans licenses, within this period, they can be handed over to Police Stations in relevant areas, the Ministry of Defence also said.