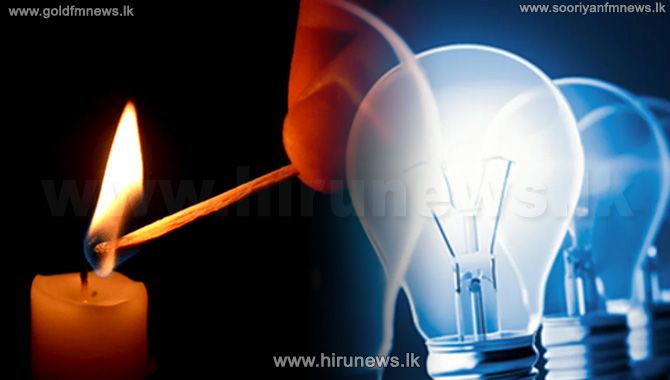 The ministry said that day before yesterday forenoon a power cut had thus been implemented in certain areas.

Reports say that the CEB top management had said that according to the current situation there was no reason for going in for a power cut.

The CPC top management has informed the ministry that  although currently the fuel supply to the CEB by the Ceylon Petroleum Corporation had exceeded the credit limit, if the CPC had been informed that it would be necessary  to implement a power cut, the CPC would have not let a power cut take place.

However the Power and Energy ministry announced that by now the CPC has supplied fuel to the CEB exceeding 88 billion Rupees.

The Ministry said that at the cabinet meeting held today the situation would be explained and discussions would be held regarding actions to be taken for supplying electricity without interruption,

In the communique issued by the ministry it is said that the minister is prepared to obtain cabinet approval for widening  the credit limit if necessary.