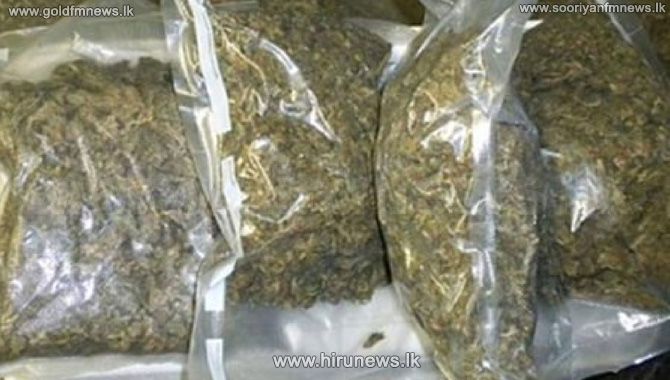 Navy personnel have taken into custody three individuals who were in possession of Kerala Cannabis, on the Kankesanturai coast.

The Navy said that they took into custody yesterday, these three persons who had more than 33 kilos of Cannabis with them, a GPS device, two telephones, three SIM Cards and a vessel with an engine.

Meanwhile, during the 35 days that have elapsed during this year, the Navy has taken into custody approximately thousand kilos of Kerala Cannabis.

More than 700 kilos of this quantity was discovered during operations carried out in the Northern seas.