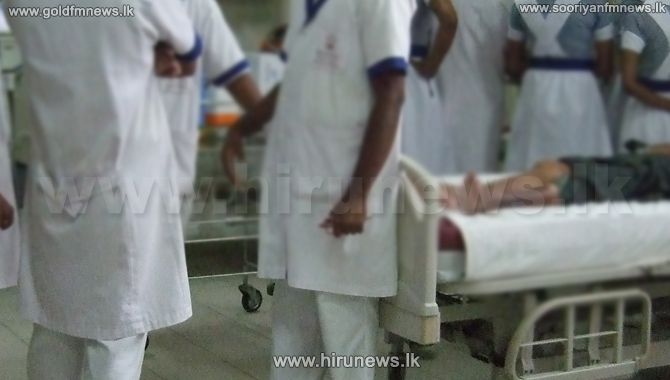 A female student studying in Grade Eight of the Kuliyapitiya – Kadigamuwa Maha Vidyalaya has been admitted to the Colombo National Eye Hospital, subsequent to being assaulted by the (female) Principal of the school.

Her father told the Hiru News Division that his daughter had been subject to an assault during the Inter-house Sports Meet of the school, held last Monday.

He had lodged a complaint regarding this incident at the Bingiriya Police, the student who is at present under treatment at the Eye Hospital told the Hiru News Division that a blow landed on her as well when the Principal of the school was hitting another group of students.

The girl’s father told the Hiru News Division that subsequent to this incident the Principal is trying to influence him not to take any further action about it.

One of the student’s eyes has been damaged due to the assault and a Hospital Spokeswoman said that further investigations have to be carried out.

Although an attempt was made to get in touch with the Principal of the Kuliyapitiya – Kadigamuwa Maha Vidyalaya to find out more information on this incident, a spokeswoman who answered the phone at the school said that the Principal had not reported for work today.

In response to an inquiry made from a top official of the Bingiriya Zonal Education Office he said that anyhow, an investigation will be carried out into this incident.