SAMAN RATHNAPRIYA SWORN IN AS A MEMBER OF PARLIAMENT 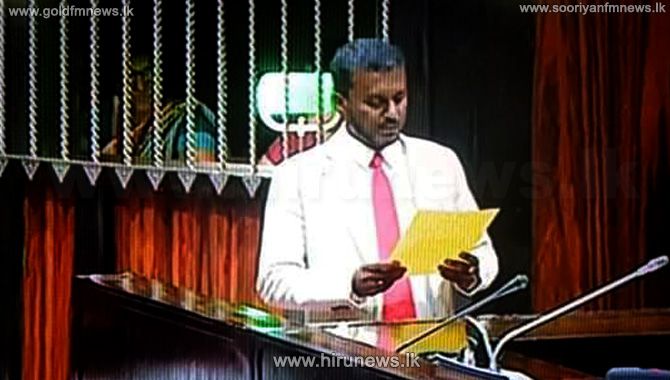 Saman Rathnapriya who is a Trade Union leader was sworn in as a Member of Parliament in the presence of Speaker Karu Jayasuriya as a national list MP of the United National Party.

This was in place of the post of parliamentarian which fell vacant with the resignation of Dr. Jayampathi Wickremaratne.

Although this Forensic Audit was tabled in Parliament recently, the Speaker informed the Governor of the Central Bank that these attachments had not been received.

Accordingly, the Central Bank has sent the relevant attachments to the Parliament and the Speaker said that it consists of 10,000 pages.

At the same time, Speaker Karu Jayasuriya announced in Parliament today, the list of names of members appointed to the Committee on Public Enterprises (COPE) and the Public Accounts Committee.