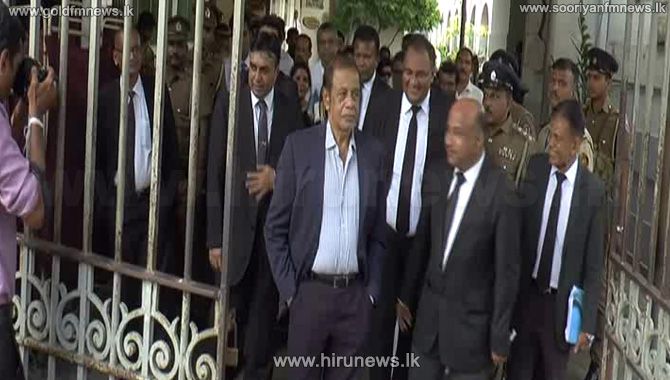 The Colombo High Court, which considered the revision petitions of Fernando and Jayasundera, ordered to release the suspects on a 250 thousand rupee cash bail and two surety bails of 2.5 million rupees each.

However, the two suspects were released on bail by Colombo Chief Magistrate Lanka Jayarathna on July 9th.

In addition, the High Court also banned Hemasiri Fernando from overseas travel and ordered him to hand over his passport to the custody of the court.

Fernando was also ordered to report to the Director of the CID on the last day of each month.