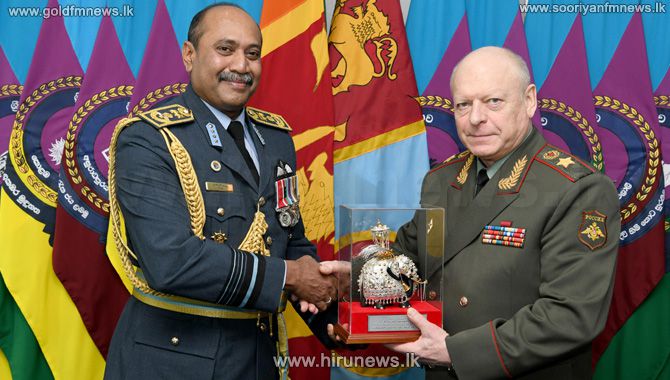 The Air force said that its Colours Squadron held a guard of honour on behalf of General Oleg Salyukov.

General Oleg Salyukov and the Commander of the Sri Lankan Air force engaged in cordial conversation and they exchanged mementoes in memory of their meeting as well.