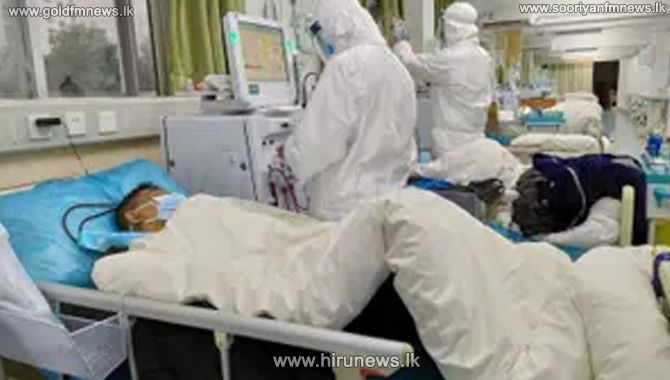 The number of deaths due to the Corona Virus in China has increased to 563.

Foreign reports said that the number infected by now is 28,018.

Meanwhile, three individuals who have contracted the virus have been reported from South Korea.

The Korean Disease Control and Eradication Centre said that among these are two persons who had been in Singapore, last month.

Accordingly, the total number of those infected with the Corona Virus in South Korea is 17.

It has been confirmed that two Malaysian nationals who had been evacuated from Wuhan in China too have contracted the virus.

The day before yesterday, 107 Malaysians who had been trapped in the lockdown at Wuhan were brought to Kuala Lumpur. Since two of them showed symptoms of the Corona Virus expedited steps were taken to hospitalize them, reports said.

Accordingly, the number infected by the Corona Virus in Malaysia has now increased to 12.

At the same time 78 Russian citizens who were evacuated from the city of Wuhan, foreign reports said have been sent to Siberia yesterday for quarantine.

The youngest child infected with the virus has been reported from the city of Wuhan in China.

It was identified that 30 hours after the child was born, it had become a victim of the virus. Foreign reports stated that prior to the birth of the child, the mother had contracted the Corona Virus.

The oldest person to have been infected with the Corona Virus in China is 90 years of age.

Meanwhile, the 33 Sri Lankans who arrived from Wuhan – China are still at the special quarantine unit of the Diyatalawa Army Camp and are being subject to medical examinations regularly.

A young woman who had been admitted to the Vavuniya General Hospital suspected of having contracted the Corona Virus has been transferred to the Jaffna General Hospital yesterday. It has been reported that this 24 year old, arrived here from China recently.

In addition, another young woman who arrived in the island from China recently, suspected of having been infected with the Corona Virus has been admitted to the Badulla General Hospital.

Hospital sources said that a 22 year old young woman, a resident of Moneragala had thus been admitted.

Chairman of the Sri Lanka Ports Authority General Daya Ratnayake, yesterday inspected the quarantine procedure in operation on behalf of tourists arriving at the Colombo Port on passenger ships.