TRAINING IN RUSSIA FOR THE SRI LANKAN ARMY 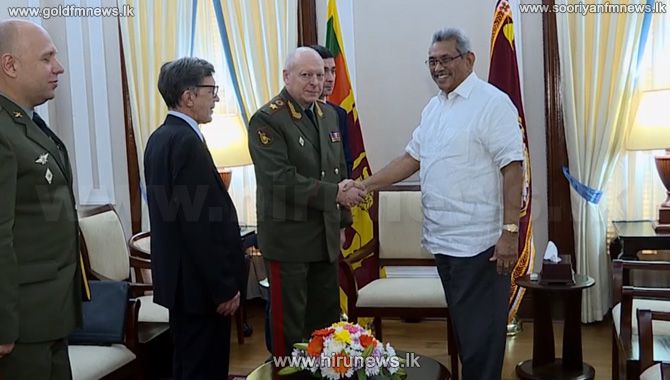 It is reported that a number of important factors in connection with the security between the two countries were subject to discussion.

At the same time, he met Prime Minister Mahinda Rajapaksa at Temple Trees as well.

The improvement of defence cooperation between the two countries had been discussed on this occasion.

Accordingly, General Salyukov had mentioned that Russia is prepared to hold lectures free of charge for personnel of the Sri Lankan Army and to provide training at Russian education institutions.

The Prime Minister had requested the Commander-in-Chief of Russian Land Forces to increase the participation of members of the Sri Lankan Army during international army events.