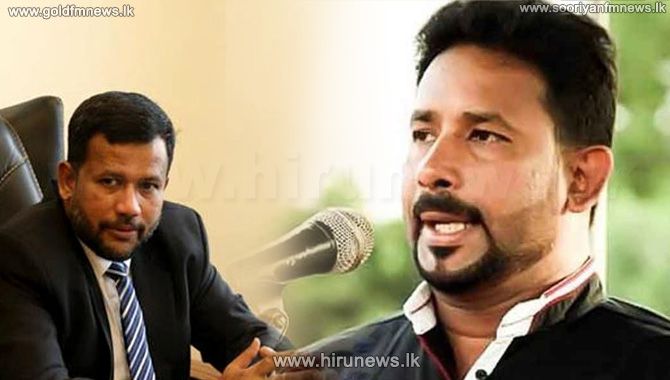 Former Minister Rishard Bathiudeen’s brother, Rifkan Bathiudeen who was arrested by the Criminal Investigation Department has once again been remanded until the 20th of this month.

This was when he was produced before the Colombo Chief Magistrate Lanka Jayaratne, today.

He was taken into custody, on an order issued by the Colombo Chief Magistrate’s Court to the CID, in connection with an incident where he is alleged to have acquired a land worth 24 million rupees located in Talaimannar by preparing fraudulent deeds.

He was arrested on 22nd of last month.

At the same time, Operations Director of the Anti-Corruption Force Namal Kumara who had been arrested in connection with a riot that took place in Hettipola subsequent to the Easter Sunday Attack was once again remanded until 20th of February.

This was when he was produced before the Hettipola Magistrate S. F. Mahfi today.

Meanwhile, the case filed by the Attorney General against nine members of the Army Intelligence division accused of abducting and making journalist Prageeth Ekneligoda disappear was ordered to be taken up for hearing on 13 of this month by the Colombo High Court bench of three-judges.

This case was taken up for hearing today in the presence of the three-member High Court Bench of Judges comprising of Sampath Abeykone, Sampath Wijeratne and Gihan Kulatunga.