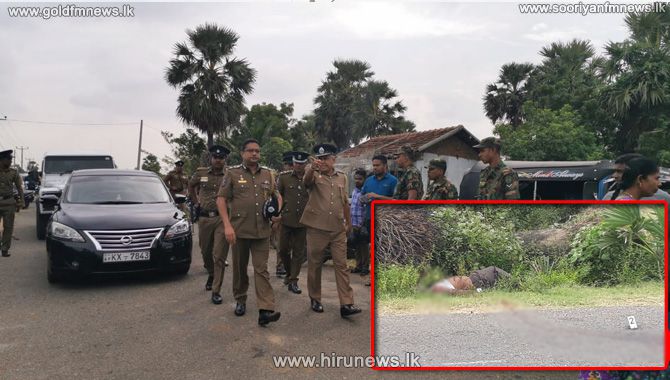 It has been revealed that the incident of a discovery at Vavunathivu – Mullamunai, of the body of Police Sergeant of Vavuniya is a murder.

A top official engaged in carrying out investigations said that it is conjectured that the murder had been committed due to a conflict regarding a land. This corpse was discovered in the morning today on an anonymous telephone call received by the Vavunathivu Police Station.

The deceased is a 55 year old Tamil national Police Sergeant, and a resident of Batticaloa – Puthur, deployed at the Valachchanei Police Station.

At the time of his death the Police Sergeant was attired in civilian clothing and the Police said that he owned a land close to where he died.

The suspects connected to the murder have been identified as of now and four teams under the Senior Superintendent of Police in charge of the Vavuniya Division have been appointed to take them into custody.

Meanwhile, the Police Media Division said that investigations have been launched into the incident of finding a revolver opposite a house in Mirihana, Talapathpitiya, Udahamulla.

This revolver was discovered yesterday evening on a tip-off received by the Mirihana Police.