110 KILOS OF KERALA CANNABIS IN THE EXCISE NET 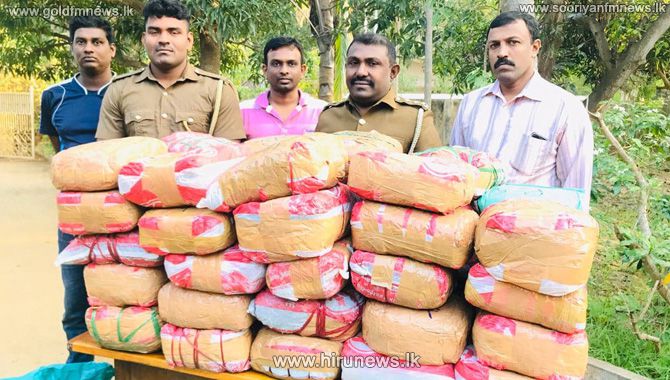 The Northern Province Excise Officers have taken into their custody a suspect together with 110 kilograms of Kerala Cannabis valued at about ten million rupees hidden close to the coast in the Jaffna, Mallaakam area of authority.

Assistant Excise Commissioner of the Northern Province Prabath Jayawickrema said that the assistance of the Navy was also received during this raid.

He said that the suspect who was arrested had brought this stock of Kerala Cannabis from India to this country.

This suspect was out on bail in connection with a similar offence.

A group including the Officer-In-Charge of Excise at Jaffna, Chankani F. R. Sirimanna had been involved in this raid.