Update : Ranjan Ramanayaka before the government analyst for a voice test 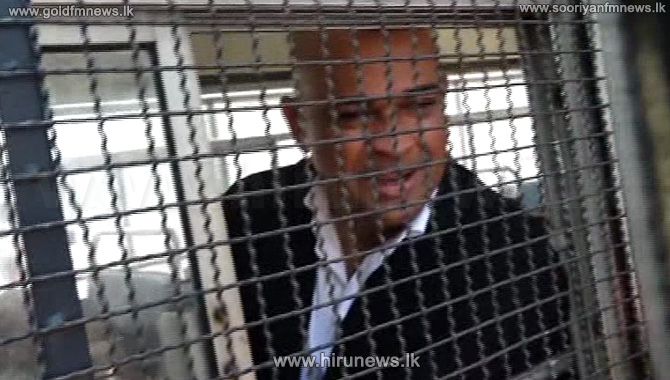 MP Ranjan Ramanayake was produced before the Government’s Analyst for a voice test this morning.

Ranjan Ramanayake is in remand in connection with allegedly influencing the functions of judges until February 12th.

A voice test of the MP was ordered by the Nugegoda Additional Magistrate H.U.K Pelpola recently.

Meanwhile, MP Ramanayake handed over one of his voice clips which includes his telephone conversations to the Hansards Department of parliament recently.

At the same time, the political party leaders’ meeting, which is scheduled at 2 pm today will decide whether the voice clip is tabled in parliament.

Ranjan Ramanayake who is in remand custody has been brought to the Government Analyst’s Department for a voice test on a Court order.