SUSPECTS IN THE MURDER OF THE VALACHCHANEI POLICE SERGEANT, REMANDED 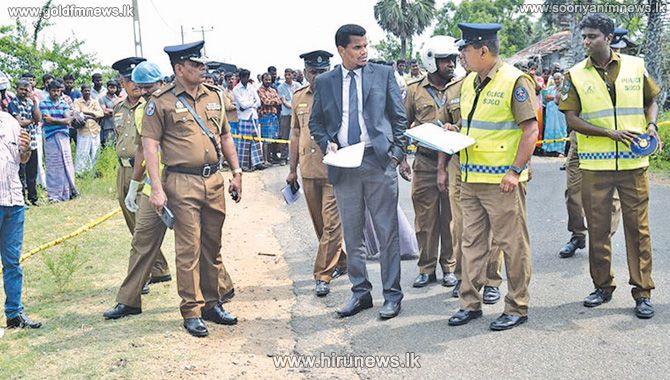 The two suspects who were taken into custody in connection with the murder of a Police Sergeant at Munarakatta on the Batticaloa – Vavunathivu – Ayiththamale main road have been remanded until 20 of this month.

This was subsequent to them being produced before the Batticaloa Magistrate’s Court today.

The Police Media Spokesman’s office said that the suspects aged 31 and 38 years were residents of Ayiththamale and Navakkadu.

During initial investigations it was revealed that an argument which arose when the deceased Police Sergeant found the two suspects consuming liquor on a land belonging to him had gone too far and resulted in the murder.