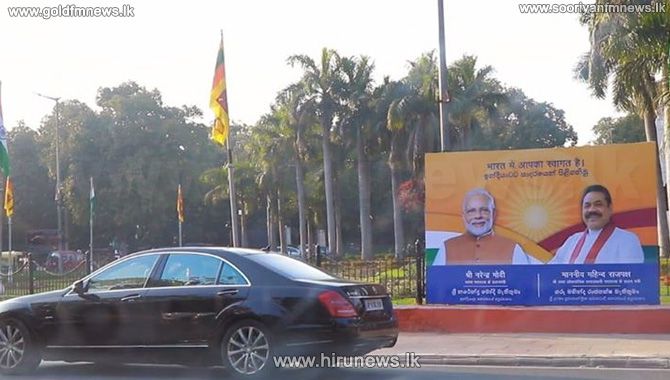 The Prime Minister left for India this afternoon at 1.55 on aircraft UL 195.

A special welcoming function for Sri Lankan Prime Minister Mahinda Rajapaksa is scheduled to be held at Rashtrapathi Bavan which is the Indian President’s residence, tomorrow.