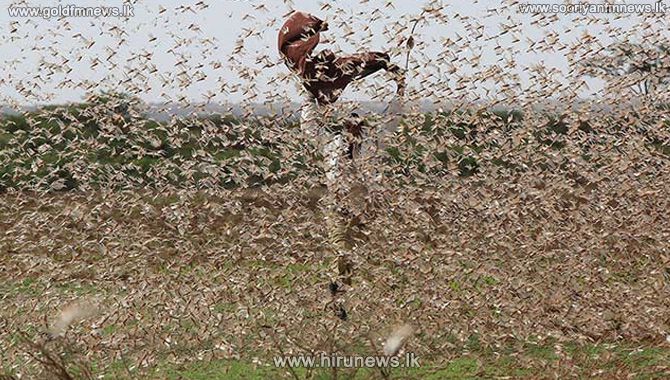 The Agricultural Department stated today that the locust menace which affected Northern African countries, Pakistan and India could reach Sri Lanka as well.

Director General of the Department, Dr Wijesiri Weerakoon stated that the prevailing climate and the pattern of wind could be the reason for locusts to reach this country.

The Pakistan Government declared an emergency in the country following the locust menace and, 370 thousand hectares of crops have been affected by locusts in India.

Meanwhile, it is believed that the foodstuff eaten by one million locusts equals the amount of food consumed by 35 thousand people.