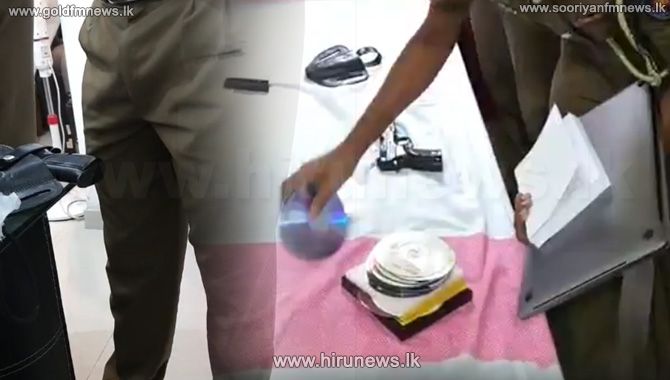 The CID informed the court today that it is conducting further investigations into whether the weapon seized from the house of MP Ranjan Ramanayake has been used to commit a crime.

The case was taken before the Nugegoda Magistrate today.

Ramanayake is in remand until February 12th in connection with allegedly influencing the functions of judges.

At the same time, the chief inspector who made submissions to the court quoted the Government’s Analyst report as stating that the weapon they seized from Ramanayake’s house is emitting a fresh gunpowder smell.

He therefore said further investigations are continuing to ascertain whether it was used to commit a crime.

Meanwhile, the parliament has decided to table the voice clips provided by MP Ramanayake only after removing the matters threatening the National Defence and false information.

Meanwhile, the Attorney General has directed the Acting IGP to give his explanation before Monday as to why he did not comply with the instruction with regard to the Gihan Pilapitiya judicial process.

The Attorney General has further informed the Acting IGP that his inaction to arrest High Court Judge Gihan Pilapitiya has violated the Article 12-01 and 12-02 of the Constitution.