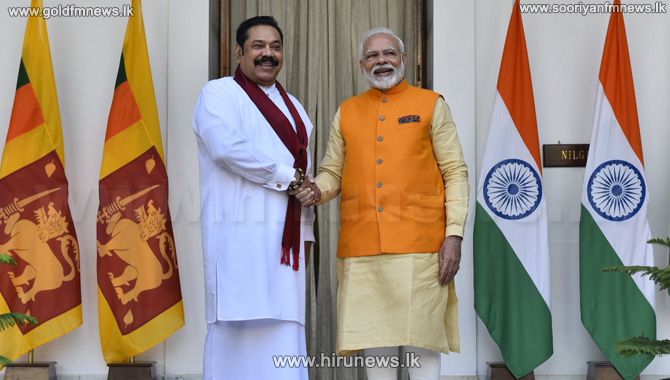 Prime Minister Mahinda Rajapaksa who is currently in a state visit to India met the Indian foreign minister Dr. Subrahmanyam Jaishankar this morning.

The president’s media unit said that discussions have taken place about a number of sectors including the tourism sector.

The progress of the projects carried out in Sri Lanka by the Indian government and their rapid conclusion have also been discussed during the meeting.

The prime minister arrived at New Delhi last evening was warmly welcomed and a special welcome programme was organized at the Rashtrapati Bhavan for this morning.

The prime minister is also scheduled to meet Indian President Ram Nath Kovind in the afternoon.