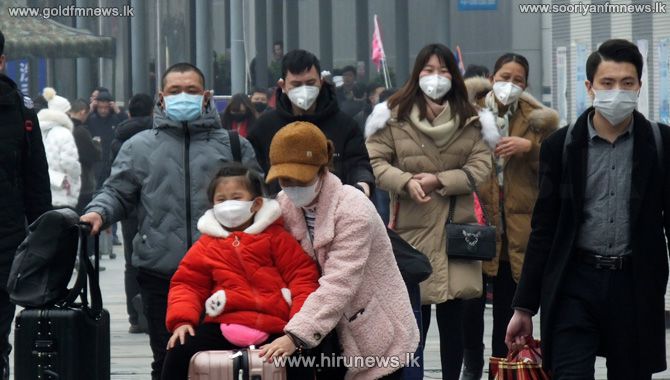 The toll is now higher than the global number of deaths caused by the Severe Acute Respiratory Syndrome known as SARS virus, which killed 774 people in 2002 / 2003.

A further 2,147 cases have been detected in Hubei, the epicenter of the outbreak, taking the total in the country to 36,693.

The World Health Organization said that the number of cases being reported daily in China is "stabilising" - but cautioned that it was too early to say if the virus has peaked.

The only confirmed fatalities outside the mainland are a Chinese man in the Philippines and a 39-year-old man in Hong Kong.

Meanwhile, 205 persons had been admitted to various hospitals in Sri Lanka under suspicion of having contracted the Corona Virus, but a large majority of them have left after confirming that it was a false alarm.

18 persons are currently receiving treatment under suspicion along with the Chinese female who was cured.

Meanwhile, the World Health Organisation has warned that "trolls and conspiracy theories" are undermining their response to the new coronavirus.