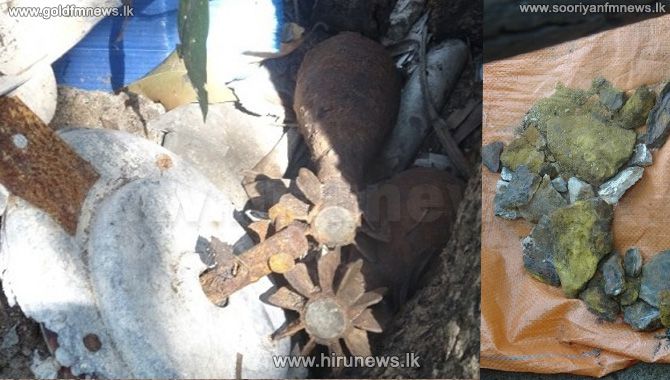 A person who was collecting old iron and plastic in the Seelawatta area in Mullaitivu has been seriously injured when a mortar exploded while he was trying to unearth the motor.

The Police media division stated that during further investigations carried out by the Mullaitivu Police, three more mortars and 4 kilograms of explosives have been recovered from the victim’s house.

Police have arrested a woman and another person in the house in connection with the incident.

The suspects, aged 39 and 69, are to be produced before the Mullaitivu Magistrate's Court today.

The man who was injured in the mortar explosion is receiving treatment at Mancholai Hospital.