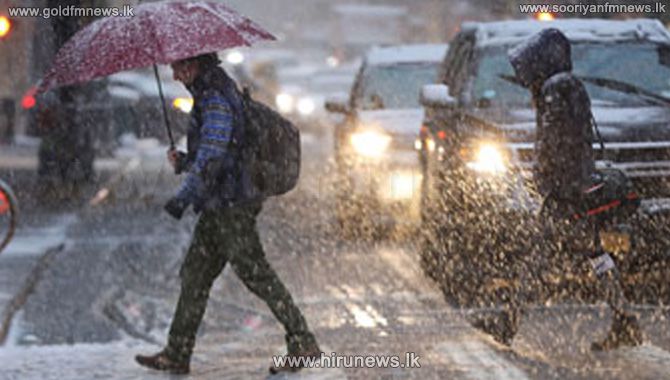 The Meteorology Department said that rain or thunder showers could be experienced in a few places in the Sabaragamuwa Province and in the districts of Matara and Galle today (10) after 2.00 pm.

In a statement issued this morning (10), the Meteorology Department said that light rain could also occur in the Eastern and Uva provinces as well as in the districts of Hambantota and Mullaitivu.

While mostly dry weather will prevail in other areas of the island the speed of winds in the Northern and Northcentral provinces as well as in the Hambantota and Moneragala districts could increase to 40-50 kilometers per hour from time to time.