Be vigilant regarding fires in forest reserves; no rains predicted till mid march say met department. 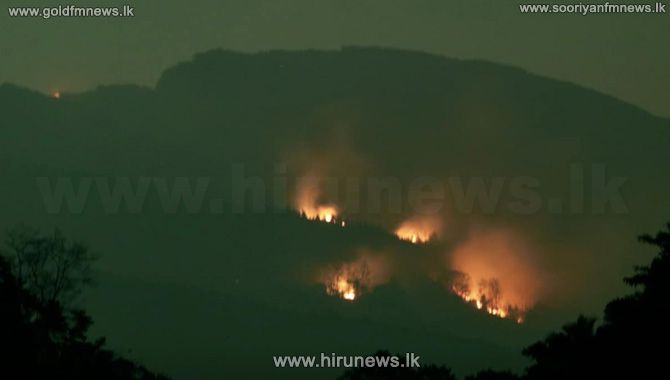 With the prevalent dry weather conditions there are reports of fire eruptions in reservations.

The Disaster Management Centre requests the public to be on alert on this.

The Disaster Management Centre also requests the people to inform the relevant authorities if there are reports of fire eruptions since some persons set fire to the reservations for hunting purposes.

During the past several days reports were received regarding fire eruptions at reservations in several areas.

While a fire had erupted at Pattiyawala in Usvaetakeyyaawa in the Muturaajawela reservation yesterday it was doused by the police and the residents jointly.

In addition while a fire had erupted at the Singimale reservation, about 25 acres got destroyed due to it.

Similarly our reporters said that fire had erupted at reservations at Hantaana, Bataleygala, and Alagalley Kanda.

Wind speed can increase up to 50 kilo meters per hour at times in Northern and North-Central provinces and in Hambanthota and Monaragala districts.