WORLD HEALTH SPECIALISTS TO MEET IN GENEVA TO CONTROL CORONA 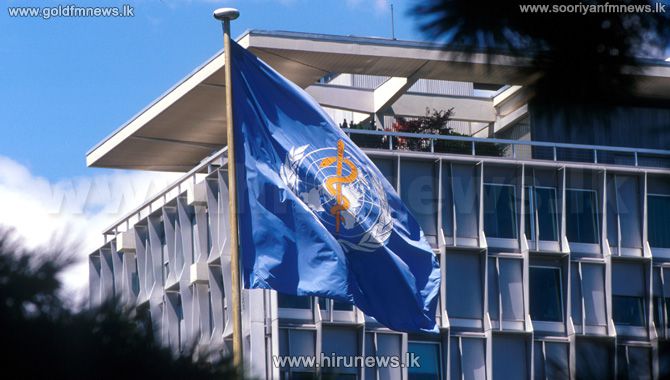 About 400 leading specialists of the world are scheduled to meet at the headquarters of the World Health Organization in Geneva this week to find expedited treatment and a vaccine for the Corona Virus which has now spread to 28 countries.

Posting on Twitter, the head of the World Health Organization Tedros Adhanom has said that priority will be given to diagnosis of the disease, finding a vaccine as well as expedited treatment for the Corona virus among other matters.

He has also said on Twitter that he is amazed regarding how the health staff of thousands in China are working together in this crisis.

The head of WHO said that they are under severe pressure regarding scientific analyses regarding the Corona Virus and it is excellent the way they are treating patients and making an effort to prevent the disease from spreading.

The number of deaths due to the Corona Virus has increased to 909 and the total number infected stands at 40,171.

During the past 24 hours in the country of Hubei only, 97 deaths have been reported and 3062 new patients have been identified.

Anyhow, foreign reports say that the official rate of death in the Hubei Province in China is 4.06 and this figure in Tijanmen is 5.08.

Meanwhile, the Central Bank of China has decided to release a sum of 43 Billion Dollars to help face the Corona Virus. Reports from that country said that the first installment of this amount will be released today.