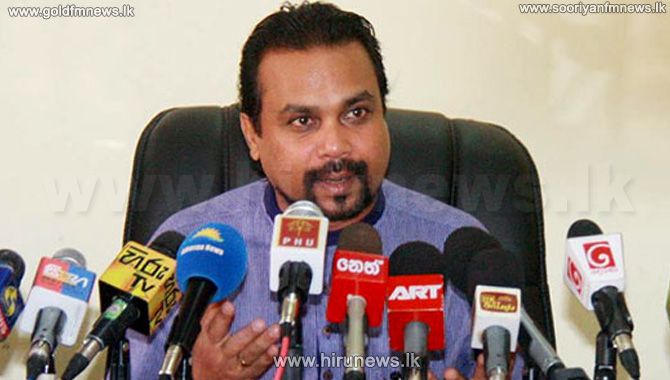 Minister Wimal Weerawansa stated today that one hundred thousand US dollars had been remitted to a bank account maintained by former minister Rishard Badi Udin in the United States during the recent 52-day Government.

Addressing a media conference held in Colombo this morning, he requested the Acting IGP and the CID to investigate the matter.

Minister Weerawansa said that the CID searched a house in Colombo recently and, 227 land deeds which were written in the names of various persons were discovered from the house.

In addition, search officers have discovered several files of documents on certain controversial trade deals which were executed during the previous government.